The Continental Irish Car of the Year awards are Ireland’s longest-running and foremost automotive awards scheme. Cullen Communications has been managing the programme for the past 20 years: liaising with the judging panel which assesses the eligible cars and vans; managing the awards event; and spearheading the PR and communications strategy. The 2020 Irish Car of the Year awards took place in Dublin’s the Westin hotel on 17th November 2019. 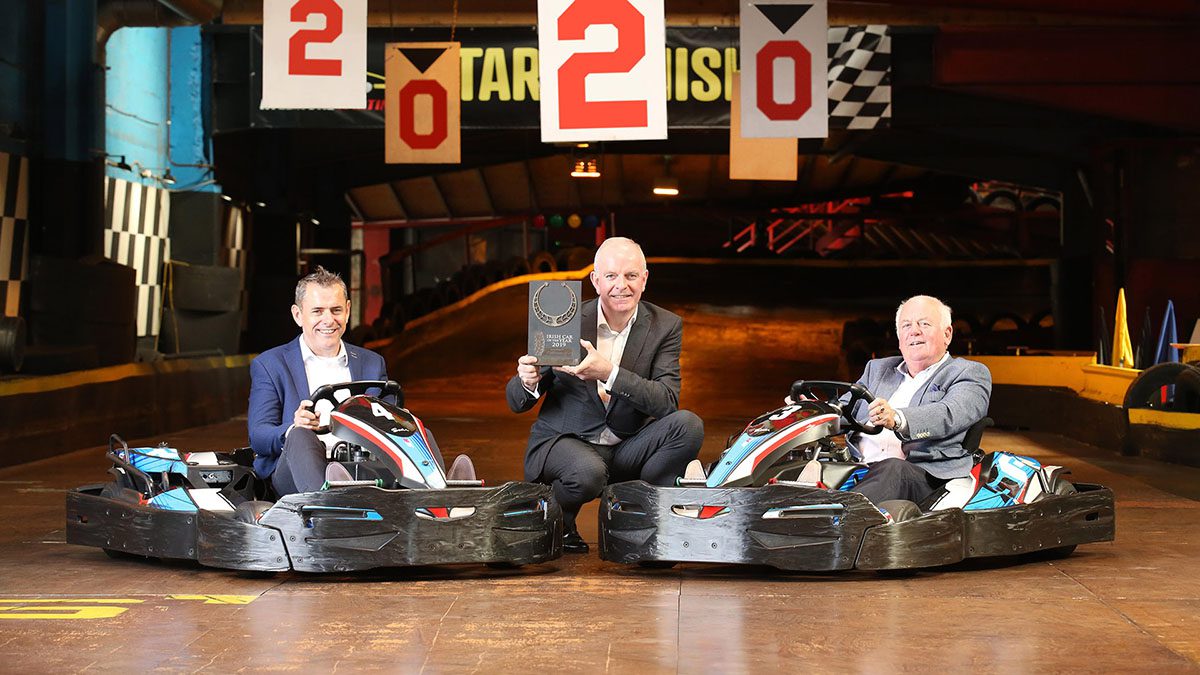 The 2020 Continental Tyres Irish Car of the Year (ICOTY) awards campaign was launched in January 2019, with the arrival on the market of the first batch of new car models. All new cars and vans launched in Ireland during the calendar year are eligible for the awards, across a range of categories that includes compact, medium and large cars, compact, medium and large SUVs, luxury cars and ‘hot hatchbacks’, MPVs and cars with particular environmental credentials. All new vehicles are tested throughout the year by the ICOTY jury, made up of a panel of the most experienced motoring journalists in Ireland. The jury nominates a shortlist of contenders which go on to contest the category prizes as well as the overall award – the title of Irish Car of the Year.

As PR agency to the Continental Tyres-sponsored awards programme, the main job of Cullen Communications is to keep the spotlight on the awards throughout the year, then create as big a splash as possible around the gala awards event which takes place in November. Our target audience includes all members of the motoring public – especially people looking at or thinking about buying a new car – and anyone with an interest in the automotive market. The awards are not just about ‘new metal’ – they also serve to highlight emerging trends and important breakthroughs in car safety technology and environmental compliance: both important messages to include in our communications strategy.

Of course, the starting point for anyone considering buying a new car is the internet. Almost 90% of all car shoppers spend some time doing online research, so anyone interested in connecting with this target audience must have a website that is quick, relevant, responsive and easy to navigate. At the beginning of the 2020 ICOTY awards, we decided to invest in a new website (replacing the existing site) that would promote the awards, explain the entry criteria and judging process, showcase past winners and provide visitors with news and updates from the world of motoring. 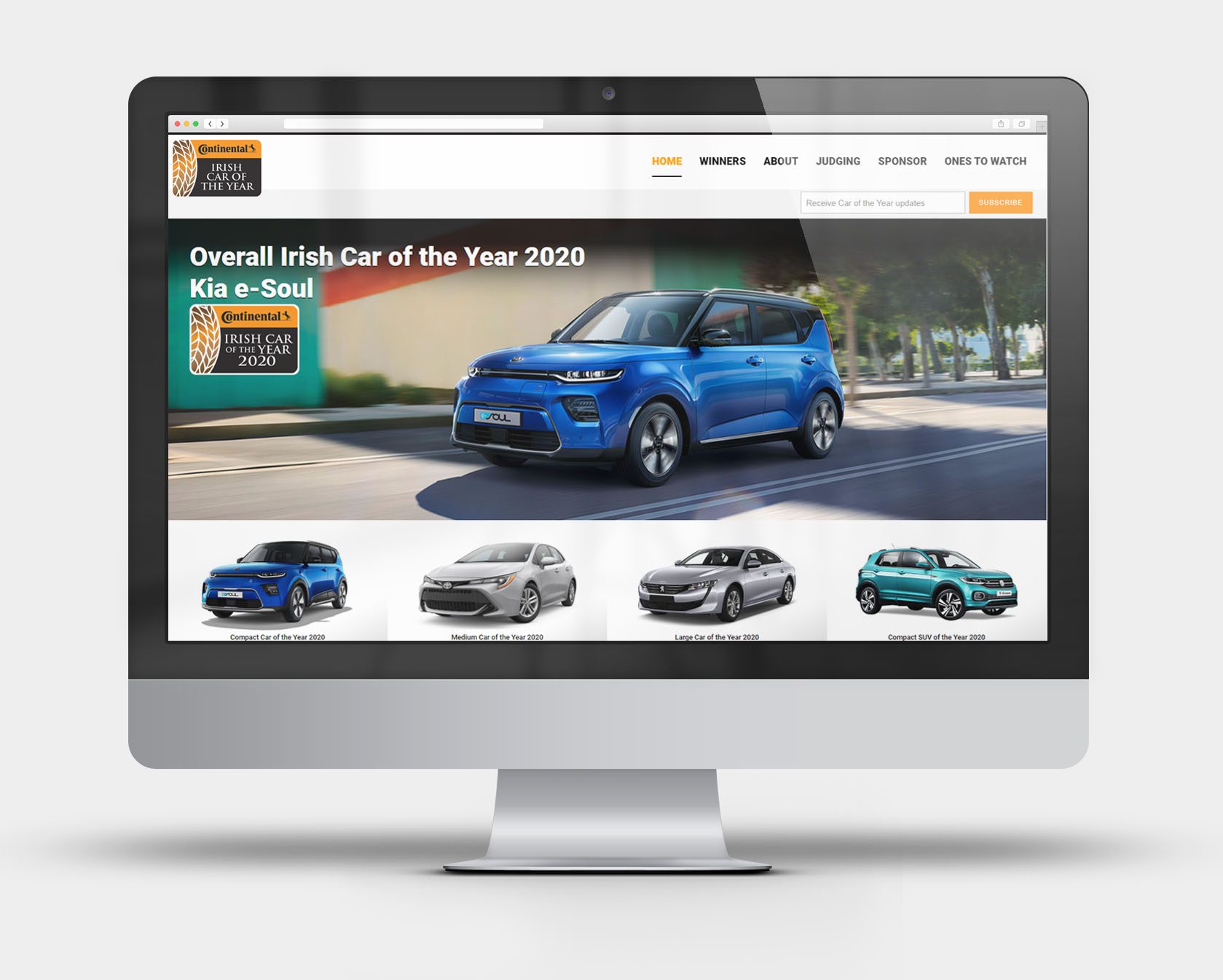 In tandem with our online efforts, our strategy would also include the valuable and often unseen ‘spade work’ associated with the awards, including liaising with the judging panel and ICOTY committee as they worked their way through new car drives and assessments, while keeping our client Continental Tyres updated – and of course preparing for the much-anticipated awards event in November… lots to do!

Almost immediately the new website was live, it was time to start posting fresh, original content that would attract the interest of new car browers/enthusiasts while also providing a signpost to the upcoming awards. We launched a new ‘Ones to watch’ series of new car reviews and video blogs, giving visitors an early taste of which models were out there and which ones were possibly likely to figure in the awards shake-up. Each OTW post featured two or three new cars, with accompanying imagery and product specification to provide a rounded, comprehensive view.

As the year went on, we worked closely with the ICOTY committee to ensure all journalists eligible to vote had had an opportunity to drive the contenders. This process ramped up a notch in the month of October – shortly after the jury had announced its shortlist for the 2020 awards – when we hosted our annual refresher drive day, bringing all members of the judging panel to Mondello Park where they could drive any and all of the shortlisted models and remind themselves of each one’s unique qualities. 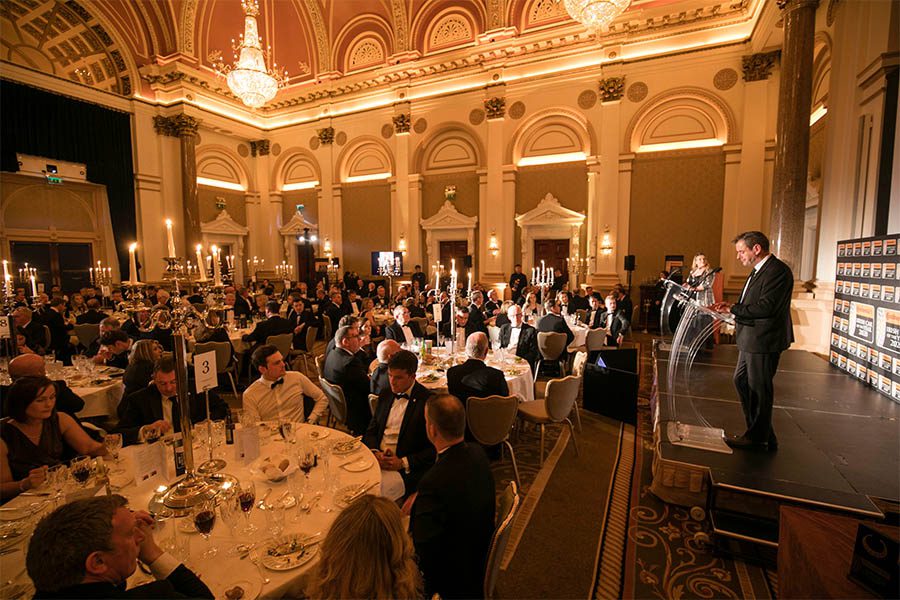 With excitement mounting, we were also in daily contact with our awards venue: the upmarket Westin Hotel in the heart of Dublin city centre. With all the key players in Ireland’s automotive industry expected to attend, we had to put on an event that would inspire, entertain, and live up to the awards’ well-earned reputation as the highlight of the motoring calendar. Each piece of the jigsaw – branding, entertainment, light and sound, choice of MC, menu, winner reveal – involved three-way liaison between ourselves, as PR agency (event managers), our client Continental (sponsor) and the ICOTY committee which owns the awards scheme.

As the countdown began in earnest, we ramped up our PR communications strategy, both traditional and digital, to spread the word that the ICOTY awards were just around the corner. Managing the guest list and invitation strategy, we ensured ‘everyone who was anyone’ from the automotive world would be in attendance. And with speed likely to be of the essence on the night itself, we generated a series of announcement templates to ensure the big news would be up in lights, live and direct from the awards venue.

The 2020 Continental Tyres Irish Car of the Year awards were, in the words of one guest, “hands down the best ever”. A packed Westin Hotel stood witness to the unveiling of Ireland’s best car of the year: the Kia eSoul, which also won the Green/Efficient Car of the Year and Compact Car of the Year categories – a magnificent hat-trick for Kia Ireland.

Representing the 34-strong ICOTY jury, Anthony Conlon congratulated Kia on a worthy win, adding: “I am sure the Irish Car of the Year title will be a huge boost for the e-Soul during the busy January sales period”. His fellow committee member Bob Flavin noted that the e-Soul was the first electric car to win Ireland’s overall accolade. “Regardless of its fuel type, the e-Soul was the clear winner and was hugely popular with my motoring journalist colleagues,” he said.

On the PR side, the ICOTY awards generated widespread coverage across national print, online and broadcast media as well as trade and specialist publications. The website,  which we had updated live on the night, generated more than 7,000 page views leading up to awards night – a creditable return given the niche nature of the awards. The 2021 awards have now begun with more new cars and vans arriving on the market, and we look forward to another successful awards programme.

Interested in creating your event? Talk to us now.

The Continental Irish Car of the Year awards are Ireland’s longest-running and foremost automotive awards scheme. Cullen Communications has been managing the programme for the past 20 years..

A year on from launch, the Good Grub initiative has raised more than €500K to deliver food to families in need. That need hasn’t gone away